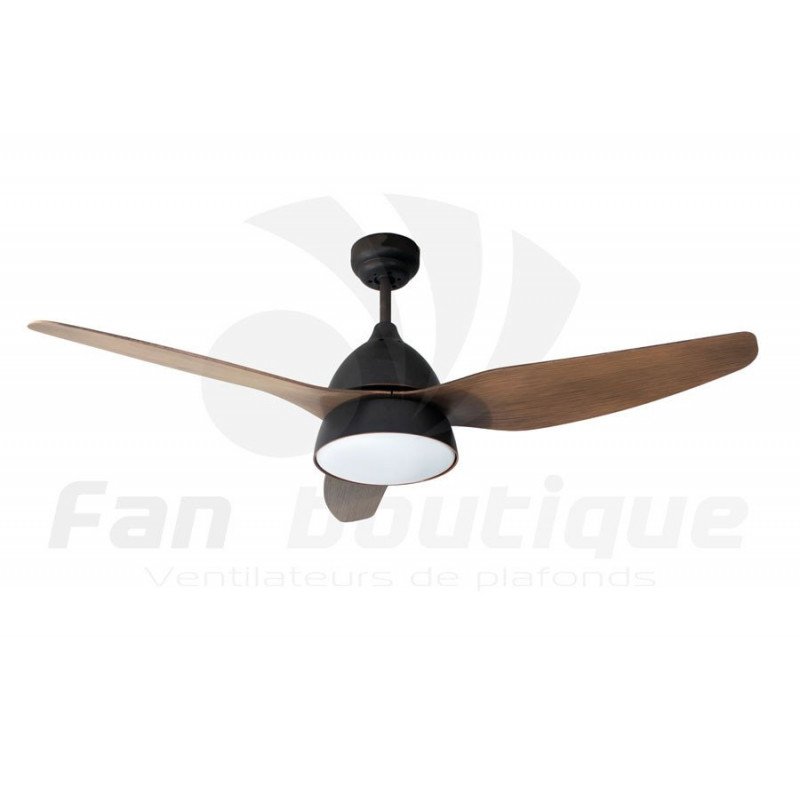 BellRouille is a modern ceiling fan with all the attributes of an efficient and powerful ventilator, while maintaining an astonishingly discreet operation. Ideal from 25 to 35 m².

BellRouille is a modern ceiling fan that follows the codes of an efficient and exemplary silent fan.

Its shapes are smooth and rounded, it has three black blades in aerodynamic Abs.

As far as noise pollution is concerned, in first and second speed it is very difficult to hear it, in speed 3, it becomes less discreet, which is normal given the airflow.

Its light point is based on an E27 X 2 bulb for 40 Watts in LED and the diffuser in opal glass.

The light can be switched off independently of the ventilation, so you will be able to switch on the light without using the fan, and vice versa or both.

For your comfort, a remote control is supplied with the fan from which you can access all the controls.

The fan is reversible, so it will make a good air destratifier for the winter, allowing you to homogenize the heat in your room.

A good LBA HOME plan for the lovers of different purified objects.

I need a wall switch for a Modern Fan Company DC industrial ceiling fan without a light. Can you help?
Is it possible to buy a replacement remote control for my Shek ceiling fan EAN 3663602760580 SJ44-3-1L which I purchased in B&Q? 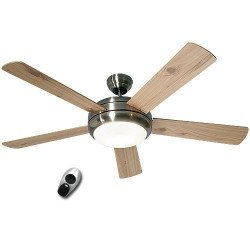 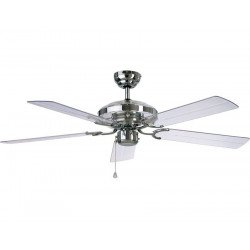 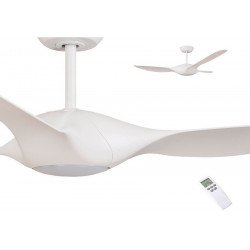 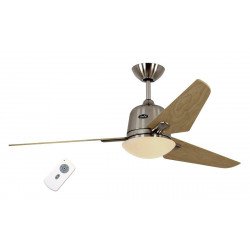 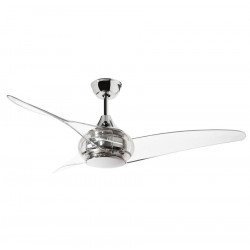 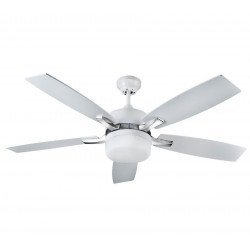 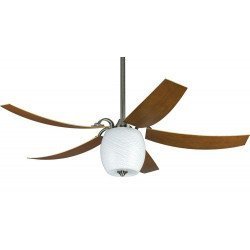 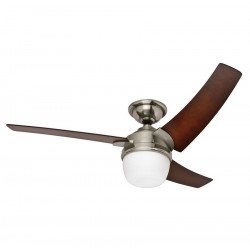 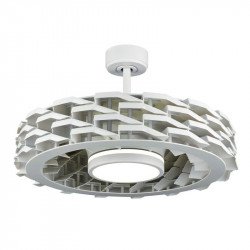 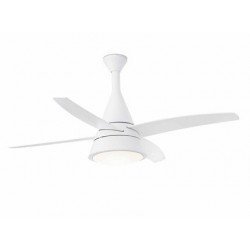 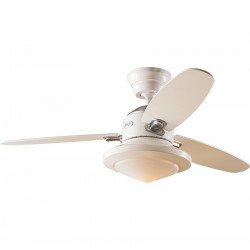 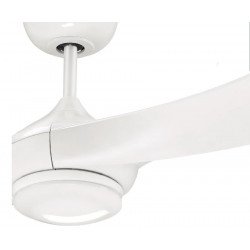